On Aug. 9, 2001, in one swift minute, Al-Masri blew himself up and sent explosives, nails, nuts and bolts into the bodies of women and children enjoying lunch in one of the busiest areas of Jerusalem. 130 people were wounded and 15 civilians were killed, including seven children and a pregnant woman. Yocheved, age 10, was killed, while her 15-year-old sister Miriam suffered from severe burns and injuries from 60 nails lodged in her body. Just down from them, Mordechai and Tzira were killed along with three of their children. Chana Nachenberg, a young mother of one, remains in a persistent vegetative state to this day. This past Chanukah, Chana’s daughter Sarah gave a speech at a candle-lighting ceremony at a OneFamily Fund holiday bereavement camp. 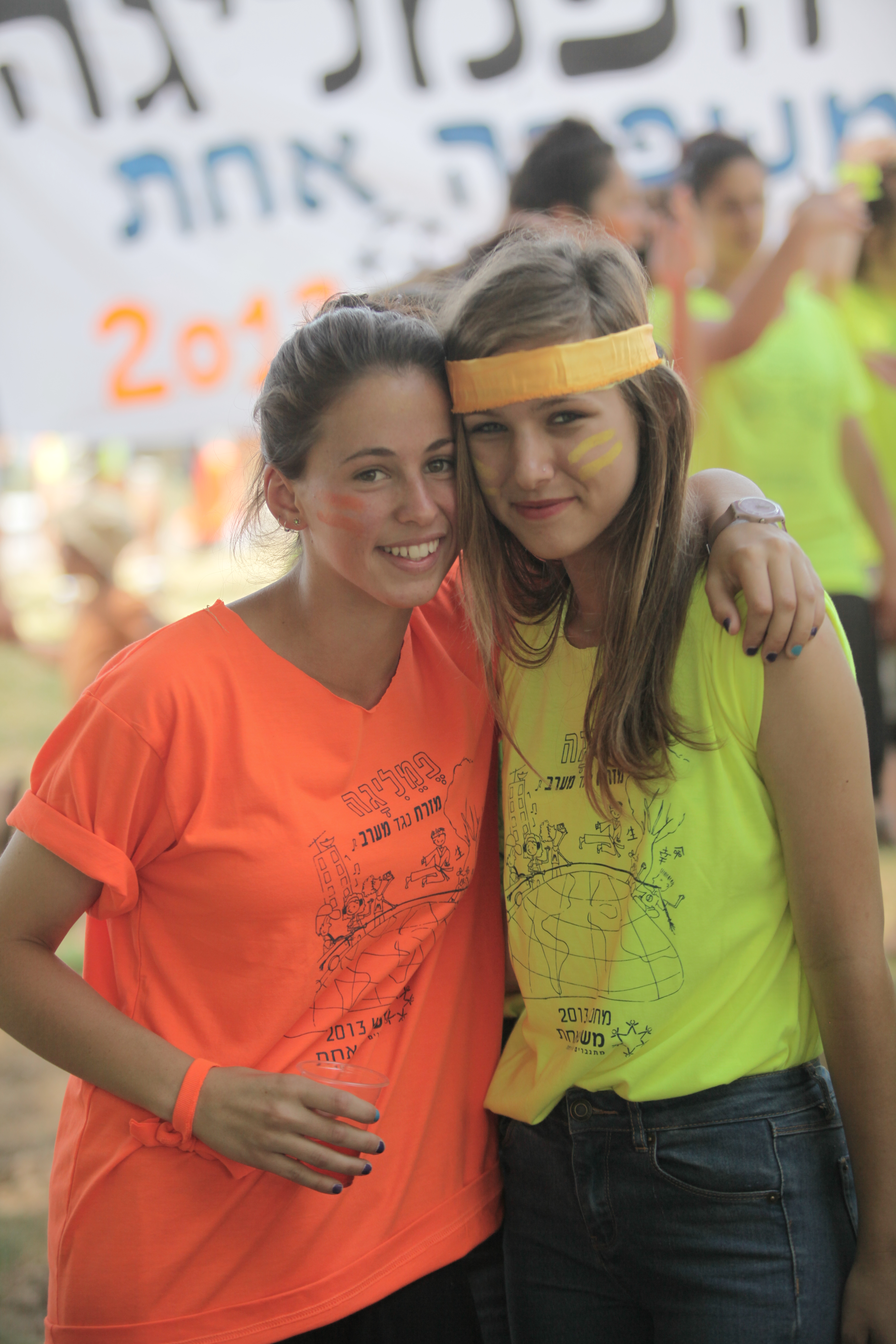 My name is Sarah Nachenberg, I am a ninth grade student in “Mikveh Yisrael” boarding school and I am from Modiin. Twelve years ago, my mother and I were in the “Sabro” restaurant terror attack in Jerusalem. My mom was critically injured and since then she has been in a vegetative state. She is on a respirator 24/7 and she does not communicate at all. She is in the hospital, connected to many different machines that keep her alive. My mother didn’t die, but I lost her forever. Today I wish to share my personal loss and struggle with everyone.

Both of my parents were born overseas and made Aliyah to Israel. They met in Israel during a concert and ended up marrying each other. I am an only child and I live with my father. My grandparents live close to us in Modiin and they are very much involved in our lives. My mother is always in the hospital, while her status remains the same.

I used to visit her once a week with the rest of the family and I felt it was too much for me. At first, it didn’t bother me so much, but when I reached fifth grade, I realized I no longer wanted to visit her. Everyone kept telling me it’s important for me to visit her since it is believed that even people in a vegetative state can hear what goes on around them, but it was difficult and frightening to see my mother in this position. At the end of sixth grade, I made up my mind that I would no longer go to visit her, “That is it! I am not coming, it’s my decision. I am a big girl and I know what I want and what I don’t want.”

As the years went by, during occasional visits, different emotions would arise. I felt as if this wasn’t my mother and I would question my being there and visiting this woman who I felt nothing towards. I didn’t live with her, didn’t grow up by her side, didn’t know her and she knew nothing about me. I felt that we had nothing in common. When I was young, I could say such things because I didn’t really understand what I was saying.

During the early years following the attack, I was asking to hear stories about my mother, hoping to get to know her through those stories, but later I wanted nothing to do with her.

People would say, “You are just like your mother,” and my response was, “I don’t care! I don’t care about how she behaved, looked like or what she did.” Every time my family started to talk to me about my mother, I would storm out of the room. I still don’t like to talk about her and every conversation that starts with, “Your mother …” makes me feel very uncomfortable.

Throughout my life, I told myself that this is my life, this is my normal. Deep inside I knew it wasn’t normal because most kids have a father and a mother at home. I was escaping reality. Just before my Bat Mitzvah, I felt a strong longing for my mother and I missed her so much. A month earlier, during my cousin’s Bat Mitzvah, I heard her mother give a speech and I started to cry. The understanding that my mother won’t be there during my Bat Mitzvah finally came to my realization. What was I to do? It was suppose to be a happy celebration.

When the day of my Bat Mitzvah finally came, I didn’t even think about my mother. I didn’t want to remember her and I focused on it being my special day. At the time, it felt right to behave that way. I was so young and I didn’t know how to cope with it. I needed the time to deal with it.

My father is my role model since he is so strong. He copes all on his own while taking care of me and the household, playing both roles of the mother and the father of the household. No matter how hard it is for him, he hardly ever breaks down in front of me. I feel bad for him since having to take care of me is a difficult task all on its own. I start an argument over every little thing. Since I don’t have siblings to argue with, I argue with my father.

Sometimes I wonder how life would be like if my mother were a part of our life. When I think such thoughts, I know in my heart I would have ended up a different person. I can’t really imagine it so I am not sure how it would be. I am not even sure if it would be better or worse.

I always felt like I was missing something, my heart was longing for something but I didn’t exactly know what it was. I tried to fill this gap in many different ways. I spent time with friends, I went shopping, shallow things, but it only made me feel better for a couple of hours at the most. It never healed my pain. Reality is that my mother was critically hurt and I am her daughter and I have to deal with it, no avoiding it.

Six months ago, I finally admitted to myself, “It’s hard for me without my mother.” I started to think about her all the time and decided to go and visit her. It dawned on me that this isn’t just any person, it is my mother and I am alive because she gave me life. It felt important and meaningful to visit her and I wanted to thank her for all that she did for me.

A mother will do anything she can for her kids, so why is it that I shouldn’t do something to show my love and appreciation for my mother? If she can hear me when I am there, let her hear me. I decided to tell her everything – why I stayed away and how hard it is for me without her. She loved me so much when I was a little girl and since she is no longer able to show me her love, it is time for me to show her my love.

I didn’t want to go by myself and I decided to take my boyfriend with me. During the evening general assembly at camp, kids always share their personal stories and as I was listening, I was thinking about my mother. I was wondering how I would feel when I finally visited her. It was hard to imagine and I realized that the only way to know is to visit her and see for myself. 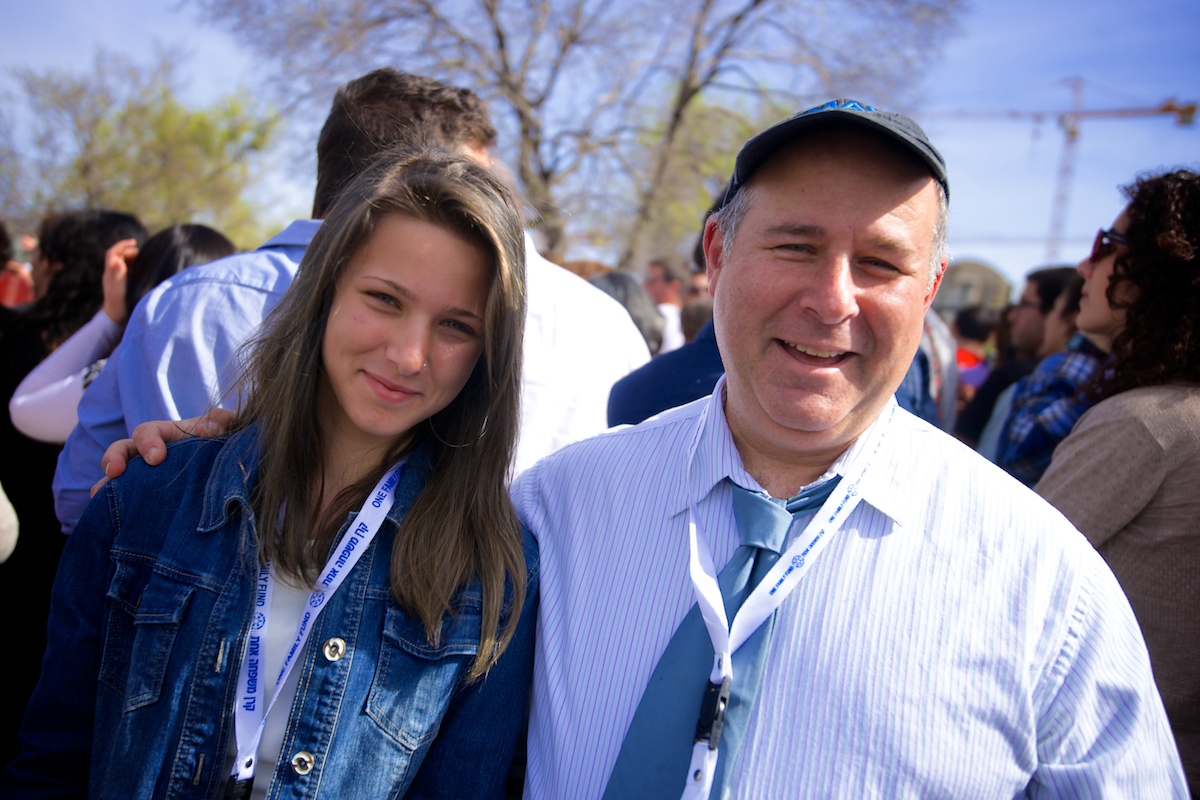 When the day came and we got to the hospital, I asked the nurse what was her room number. The nurse asked who I was and as soon as I said I was her daughter I started to cry. Why was it so meaningful to say those words? Such a simple sentence meant so much.

Seeing her was shocking. I had so much to say but I knew I couldn’t have a real conversation with her. I spoke to my boyfriend and told him how I felt, I figured this way she hears how I miss her and how hard it was for me when she wasn’t there during my Bat Mitzvah. It was odd but relieving at the same time. I was happy I visited her; it helped to talk about my feelings.

For years, I needed to talk about what happened to my mother but only recently it became meaningful to me. When I talk about it, it seems cold and effortless. People often ask me, “How can it be that it is so easy for you to talk about this?” It only seems that way, but it’s never easy. Now that I am older, I’ve had time to process what happened and I feel connected to my mother even though talking about her stirs up emotions and pain.

I am in a different stage now and it’s harder and more complicated, but at the same time it makes me stronger. I think about her all the time and that’s all I need at this point. I can’t handle hearing stories, it’s just not the right time yet. I know that the time will come but now my focus is to cope with my reality and become stronger from it.

Some days the mere thought of my mother brings me to tears, but on other days, I feel it gives me strength. This is a long process and I just started.

Even though I have been living with this reality for a few years, I feel I am relearning how to survive with it all over again. It changed me and made me mature, I had a difficult experience that forced me to grow up.

After the attack, I didn’t have a choice but to deal with the fact that my mother was in the state she was in, and I decided to pretend she was gone. I pretended it wasn’t as hard as it really was. Now I chose to remember my mother and process reality at my own pace. This time it’s by choice.